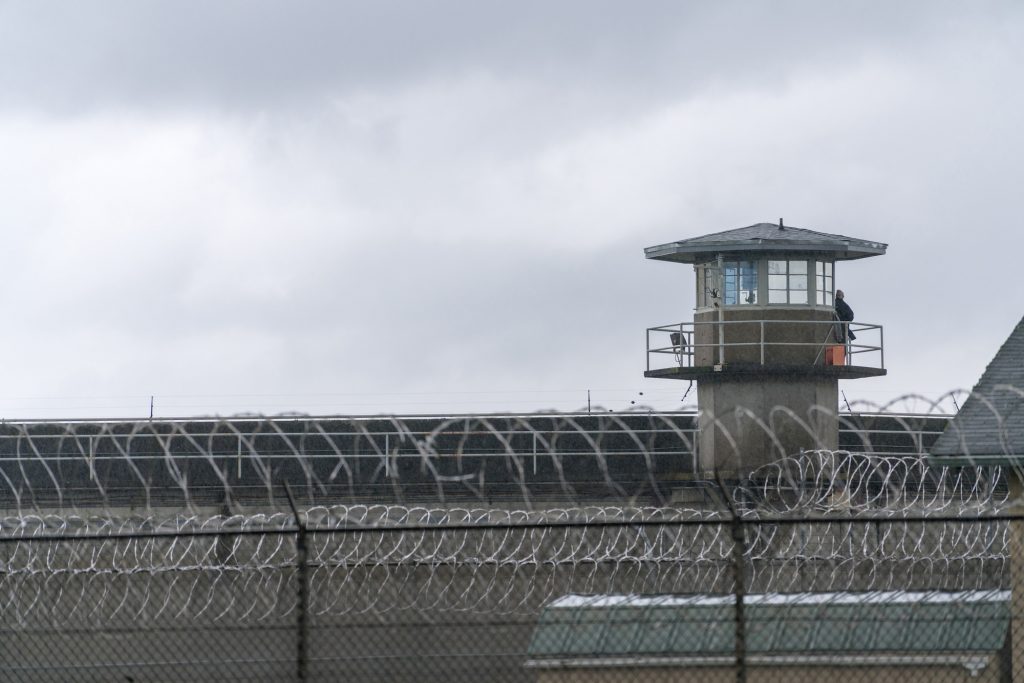 The judge had enough of Karyn Turk and has sentenced her to 1 month in federal prison, then she’ll serve an additional 5 months on house arrest and additionally she’ll have to serve 100 hours of community service at a nursing home —  a reminder of the time she never spent with her own mother who spent three years in a Lake Worth facility, ravaged by Alzheimer’s disease.

Here is the full story …

A conservative media commentator who was crowned Mrs. Florida 2016 is headed to prison after a federal judge on Thursday said he wanted to send a message that if you steal from the U.S. government, you’re going to jail.

Unless Karyn Turk can convince an appeals court that she doesn’t deserve to spend a month behind bars for stealing her elderly mother’s Social Security checks instead of using the money to pay for nursing home care, the Highland Beach resident must report to prison on March 2.

Turk’s looming jail sentence — to be followed by five months of house arrest — was ordered by U.S. Magistrate Bruce Reinhart after a contentious hearing.

He also ordered Turk to perform 100 hours of community service at a nursing home — a reminder of the time she never spent with her own mother who spent three years in a Lake Worth facility, ravaged by Alzheimer’s disease.

While Turk didn’t show any reaction to Reinhart’s decision, she and her lawyers sought to convince him that she has suffered enough and didn’t deserve house arrest, much less prison time.

Since pleading guilty in September to a misdemeanor charge of Social Security fraud, she has been attacked on social media, said her attorney David Tarras.

Turk, who last year was named champion of the year by Best Buddies, a teen mentoring group, has lost her position on various philanthropic groups, he said.

The damage to her reputation and her status in political, business and social circles has been enormous, he said.

Without the ability to hob-nob in the community, travel to interview celebrities for YouTube broadcasts and to host fundraisers, like those she held for now-convicted political operative Roger Stone, her career is dead, he said.
“Her livelihood is based on networking and being a social media commentator,” Tarras said.

Besides, he argued, she came to court with a check for $46,000 to reimburse the government for the money she stole. That, he said, should be enough.

Reinhart disagreed. While noting that Turk had lived an otherwise law-abiding life and done good works, he said her crime was a serious one. She shouldn’t be able to “buy her way out of jail” by simply writing a check, he said.

“Choices in life have consequences, I’m sorry to tell you,” Reinhart said. “If you steal from the government, you’re not going to have a reputation as an honest person.”

As a social media commentator with a large following, he said she was well-placed to send an important message to others who might follow in her footsteps.

“The message I’m sending is: You can’t steal from the government and not go to jail,” Reinhart said.

His decision was welcomed by roughly a half-dozen employees of the Finnish American Rest Home who cared for Turk’s elderly mother until she died in July at age 83. While they said nothing during the hearing, outside the courtroom, they said they were relieved.

“Resident exploitation is a serious crime and I’m glad he recognized that,” said Daniel Benson, executive director of the 45-bed nursing home.

Instead of using her mother’s Social Security, Veterans Administration and pension checks to cover $219,000 in nursing home bills, Turk used the money to pay for shopping sprees, dinners out and for a nanny to watch her children, according to Palm Beach County sheriff’s Detective Vaughn Mitchell.

The loss over three years hurt, Benson said. “We rely on the money for staff raises, to update equipment, for our operations,” he said. “It’s a significant amount for a small nonprofit.”

Some of her mother’s expenses would have been covered by Medicare if Turk had filled out the necessary paperwork. But, despite constant requests, Turk refused, said Assistant U.S. Attorney Adrienne Rabinowitz.

The nursing home even went to court to try to force Turk to pay up. While a Palm Beach County circuit judge in August 2018 ordered Turk to pay $250 a month to defray the mounting bill, Turk still didn’t do it, Rabinowitz said.

Sadly, she said, the circuit judge also ordered Turk to buy clothes for her mother instead of leaving it to the nursing home.

“I think it says a lot about who this person is when you have to be ordered to buy your mother clothes,” Rabinowitz said.

Attorney Guy Fronstin, who also represents Turk, said he plans to appeal. He said he will ask that she not be required to report to prison until the appeal is decided.

While Turk faced a maximum year-long sentence, he questioned whether Reinhart could send Turk to prison for a month to “send a message.”

Reinhart said one of the biggest mysteries is why Turk, who is married to an attorney and touts an upscale lifestyle, stole the money.

Tarras said Turk couldn’t explain her actions because of ongoing litigation with the nursing home and her legal battle to retain control of her mother’s estate.

She is suing the nursing home, claiming its negligence led to her mother’s death. It is suing her and her mother’s estate to recover the money it claims it is owed.

Meanwhile, a judge last week gave her late mother’s court-appointed guardian the go-ahead to try and remove Turk as personal representative of the estate. Turk’s criminal conviction figured prominently in that decision.

While emphasizing that a circuit judge should decide if Turk retains control of her mother’s estate, Reinhart barred her from having control over anyone’s money.

For her part, Turk initially tried to downplay her misdeeds. Later, she acknowledged that she broke the law.

“I’m doing everything I can to redeem myself and move forward as a good citizen,” she said.