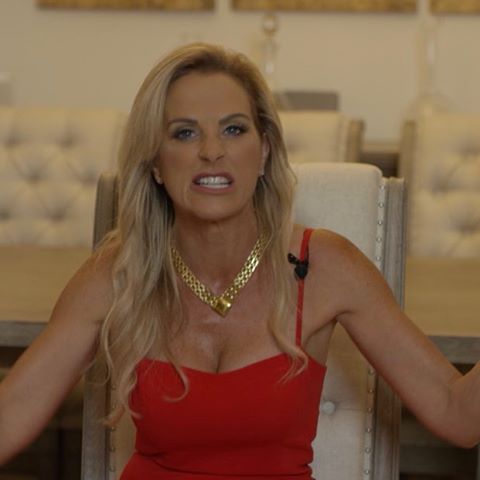 After her arrest, we began to wonder just how much of Karyn Turk’s life was a lie. Her Instagram page says she has over 59,000 followers.

Considering Google says she only gets 350 searches per month, it seems highly unlikely that she would have that high of a following on social media. So we went to work and did some digging.

Various websites allow you to calculate the engagement of a person’s Instagram page to help you determine if the followers are legit or if the person bought those followers, in an attempt to appear more famous than they were.

We ran a report on the 58,954 followers that Karyn Turk has on Instagram and found that out of 966 posts, she had less than a 1% engagement rate.

In comparison, a real celeb like Kylie Jenner had much higher rates. Kylie Jenner makes a posts and she gets an average of 49,722 comments, and additional 5,816,759 likes. that’s per post.

6 hours ago, Karyn Turk made a post claiming her STARmeter on IMDB is on the rise. Of course, she doesn’t mention that she is getting more searches because of her arrest, but the point is, of those 296 likes she claims to have, not a single comment. (Yes you can buy followers, likes and views)

The day before, Karyn Turk made a post about an interview she did with Antonio Sabato Junior. Yet again, not a single comment. He is a well-known celeb. How of all the 14 posts did that one not get a single comment? 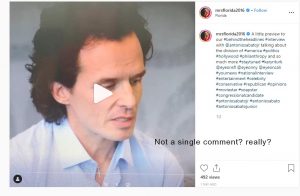 This goes on for 14 posts. Post after post, all these fake views, not a single comment. Not her friend, her cousin, her co-workers? It doesn’t add up!

Some may wonder if maybe she turned off comments on her timeline altogether. That isn’t the case. In fact, a week ago she made a post that did get comments – 14 of them. A post she made wanting sympathy for her mother dying. 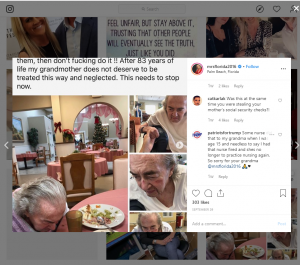 So is Karyn Turk buying her social media followers then?

Nobody can say for sure, but what we can say is that all the evidence seems to point that way.

No person that I could find, has nearly 60,000 followers and doesn’t get a single comment on any post, despite that person making 14 posts in a week.

I went back through her entire timeline, 966 posts, years of posts and she has almost no comments on any posts throughout the entire history of her Instagram account.

Something is obviously fishy and the numbers don’t lie. Her engagement (or lack thereof) is typical of a social media account with fake followers.