Karyn Turk is being sued by the ex-wife of her new husband, Evan.

Meredith Turk, a preschool teacher in Boca Raton, Florida, claims in court papers that Karyn Turk has threatened her with the stiletto heel of one of her Christian Louboutin pumps. She also claims in her lawsuit that Karyn Turk has been spreading ugly social media rumors online including the rumor that the preschool teacher is a drug user who is having sex with underage boys.

After the lawsuit was filed, we found that Karyn Turk had purchased the domain meredithturk.com and forwarded it to her own official website KarynTurk.com. What kind of person buys the domain name of their husband’s ex-wife? Stalker much?

Meredith filed an emergency petition for an injunction against the former Mrs. Florida who, she claims, is cyberstalking and harassing her. The injunction is pending and a part of the lawsuit.

In addition, Meredith claims in her petition for an injunction that Karyn is using multiple Facebook and Instagram accounts with thousands of followers to “intimidate, harass, embarrass … to intentionally cause great/extreme emotional distress” to her.

Karyn Turk’s reps have stated that “Karyn is merely expressing an opinion in her social media posting, something that’s protected by the U.S. Constitution.”

Meredith, who is divorced from estate and trust lawyer Evan Turk in 2014, claims she was married and pregnant with one of their two children when Karyn had an affair with Evan. 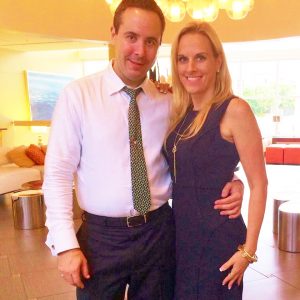 According to our sources when Karyn took up with Evan Turk she was in fact still married to her second husband.

Apparently, the sanctity of marriage doesn’t mean anything to Mrs. Florida, who loves to spout conservative family values as part of her platform.