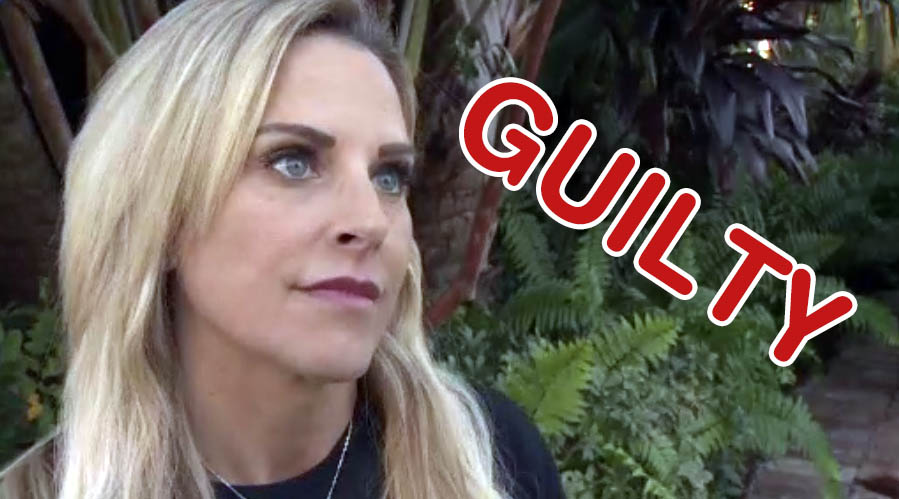 Everyone is quick to report that Karyn Turk is appealing her case, but I want to remind you all, Karyn Turk plead guilty to embezzling more than $46,376 from her late mother’s social security benefits. We wrote about this last October.

She knew that by pleading guilty to the crime, She faced up to a year in jail, a year of probation, a fine of $100,000, and restitution. Her attorney, Guy Fronstin, at the time, said he hoped the judge will choose probation.

However I want to remind everyone, she pled guilty. She admitted to the crime. Of course, she hoped she would only get probation. But she not only committed the crime, but she also admitted it. She pled guilty to it in court.

A review of court records shows Turk has recently been involved in a series of legal proceedings, many of them have gone unreported by mainstream media. These filings include: a restraining order from her husband’s ex-wife, alleging Turk had abused her children; a defamation suit from the same woman, claiming Turk had threatened her with a Christian Louboutin stiletto and launched a harassment campaign painting her as a drug addict, “skank,” and pedophile; a wrongful-death countersuit against her mother’s retirement home; and a tenuous case against her late ex-husband’s girlfriend, claiming damages of $65,000 in a complaint a judge dismissed last week.

Karyn and her current husband, Evan Turk have long been in spotty financial situations. Between late 2017 and 2018, court records show, IberiaBank, Discover Bank, Bank of America, American Express National Bank, and Portfolio Recovery Associates all sued Evan Turk for outstanding debts of nearly $130,000 collectively. In October of last year, court records also indicated he was in arrears on child support for $32,000.

So to all the people out there saying she is going to appeal her case, I want to remind you, it’s very hard to appeal a crime you admitted to doing in court.